How does an electric bike work?

There is almost no difference between a traditional and an electric bike at first glance. However if you look closer you will be able to notice three main differences. These are: motor, battery and controller. As a result of cooperation between these three elements an electric bike is moving quietly and without unnecessary effort.

An engine starts automatically when you start pedaling. Smart Controller adds you as much power as you need - power increases with pedaling force. To stop just press a brake or stop pedaling and the engine automatically will disconnect. The controller can turn on three or even more operational levels. Standard operational levels Low / Medium / High control the addition of the power supporting your pedaling. Remember that even using the highest engine support this bike still needs 50 % of the power from pedaling. There are some models, for example GEOBIKE Smart 2.0, which additionally contain a throttle speed giving the ability to run to the certain level silently even without pedaling. You always have ability to support the engine with the power of your muscles. This support does not interfere how the engine performs. 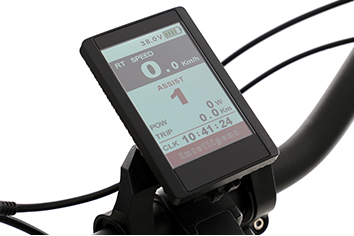 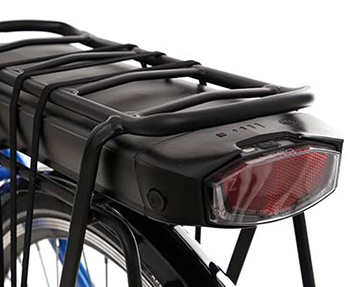 Remember that every e-bike can be used like a traditional bike without engine support. Controller driver is located on the handlebar within the left thumb. Managing of the controller is similar to the use of an additional gear because always relates to the speed you going or a slope. Whenever you feel tired during the ride without the engine support you can help yourself turning it on!

Bikes are equipped with powerful lithium-ion batteries, which are successfully used in modern laptops and mobile phones. Lifespan lithium-ion battery is calculated on the average of 500 charges. Fully charged battery will last for about 40-80 km of travel, which means that in total one battery will serve for minimum of 20 000km!

Electric bikes GEOBIKE are run on a modern brushless motor with a capacity of 250 watts. This is the maximum power allowed by the European Union. Brushless motor is completely maintenance-free and virtually error-free. His great advantage is an energy efficiency. For a 100 km ride the engine uses electricity for less than a buck! Using an engine support e-bike can reach speed up to 25 km/h - a speed limit is regulated by the provisions of the European Union. 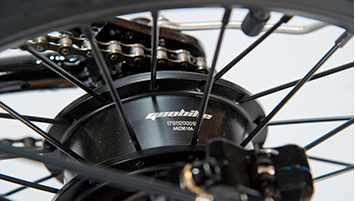 NEWSLETTER
Click here if you want to unsubscribe from our newsletter.
FIND US ON: